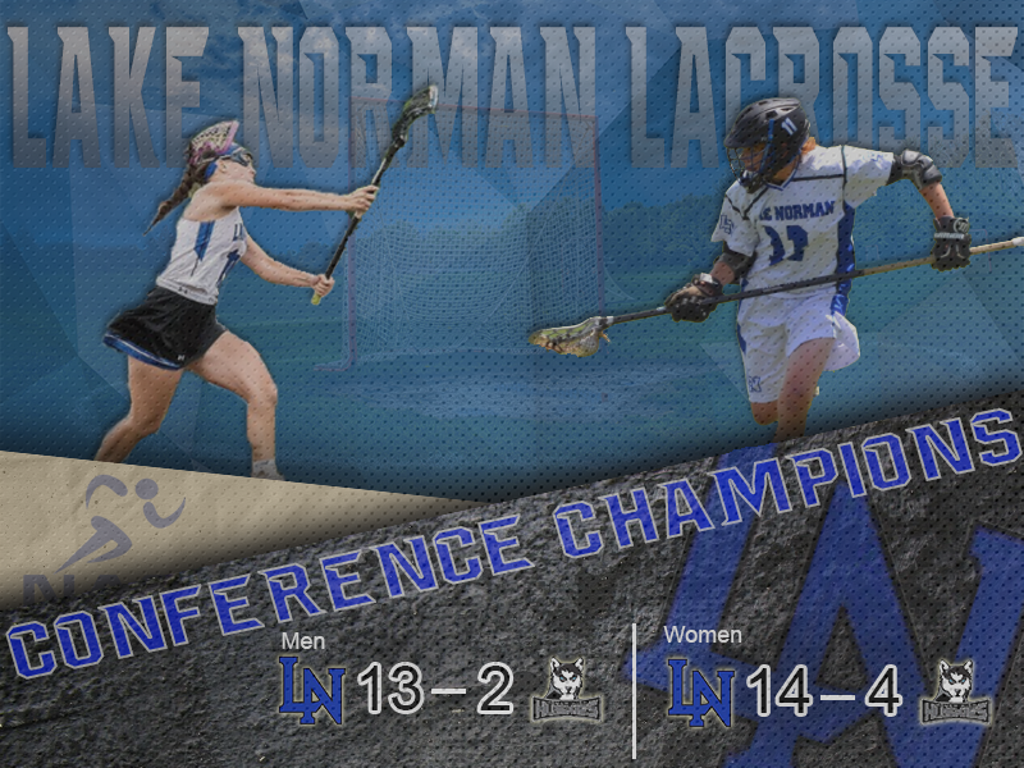 The Lake Norman girl's team cruised to the Conference Championship after posting a perfect 7-0 record in the conference. They clinched the title after defeating Hough 14-4.

The Lady Wildcats finished the regular season with a 15-2 record. They earned themselves the 2-seed and a first round bye in the 2017 NCHSAA Women's Lacrosse playoffs. They will host the winner of Northwest Guilford/Marvin Ridge on Friday, May 5th.

Lake Norman men's lacrosse extended their win streak to 12 games after defeating Hough 13-2. With this win they clinched the Conference Championship.

The Wildcats were able to keep control throughout the game through an impressive display by Ben Belding, who won 10 faceoff's in the game.

With a strong base at the back, the attackers were able to flourish. Juniors Matt Elder and Mitchell Cody each scored three goals and Freshman Tucker Goodelle led scorers with four goals.

Seniors Ryan Caplis, Ryan Werner, and Grayson Baker rounded out the scoring with a goal each.

Lake Norman finishes their regular season with a 15-4 record and an undefeated 4-0 conference record. They are the fourth seeded team in the NCHSAA Men's Lacrosse Playoffs and earned themselves a first round bye.

Lake Norman will host the winner of Myers Park/Southeast Guilford on Friday, May 5th at 7:00 pm.